This site is maintained to facilitate an open and transparent revision process of DACS and to document a record of all changes made to the standard. The site includes the full text of the standard and a record of all proposed and accepted revisions since March 2016.

This site will always include the most up-to-date version of DACS as approved by SAA Council.

The subcommittee is responsible for maintaining the standard, tracking its revisions, and communicating information about the standard to the archival community. Once changes to the standard are approved by council, it the subcommittee’s responsibility to ensure that these changes are communicated to all relevant bodies, including the membership as a whole, but also to SAA staff who maintain the DACS website and SAA publications in particular.

The subcommittee is responsible for maintaining the standard in an open and structured format that can be reasonably converted to formats using open tools for publication. Converting the most up-to-date version of DACS into a given serialization (HTML, a typeset document, et cetera) is beyond the scope of responsibilities of the subcommittee. However, because the standard is maintained in Markdown, converting to other formats for a variety of publication purposes is a straightforward task and can be done by whatever person or body wishes to further publish DACS.

Converting to other formats

The documentation on this site is written in Markdown. To convert to other formats, you can use the command-line application Pandoc, which works on all operating systems. Pandoc can be downloaded from their website or from Github. 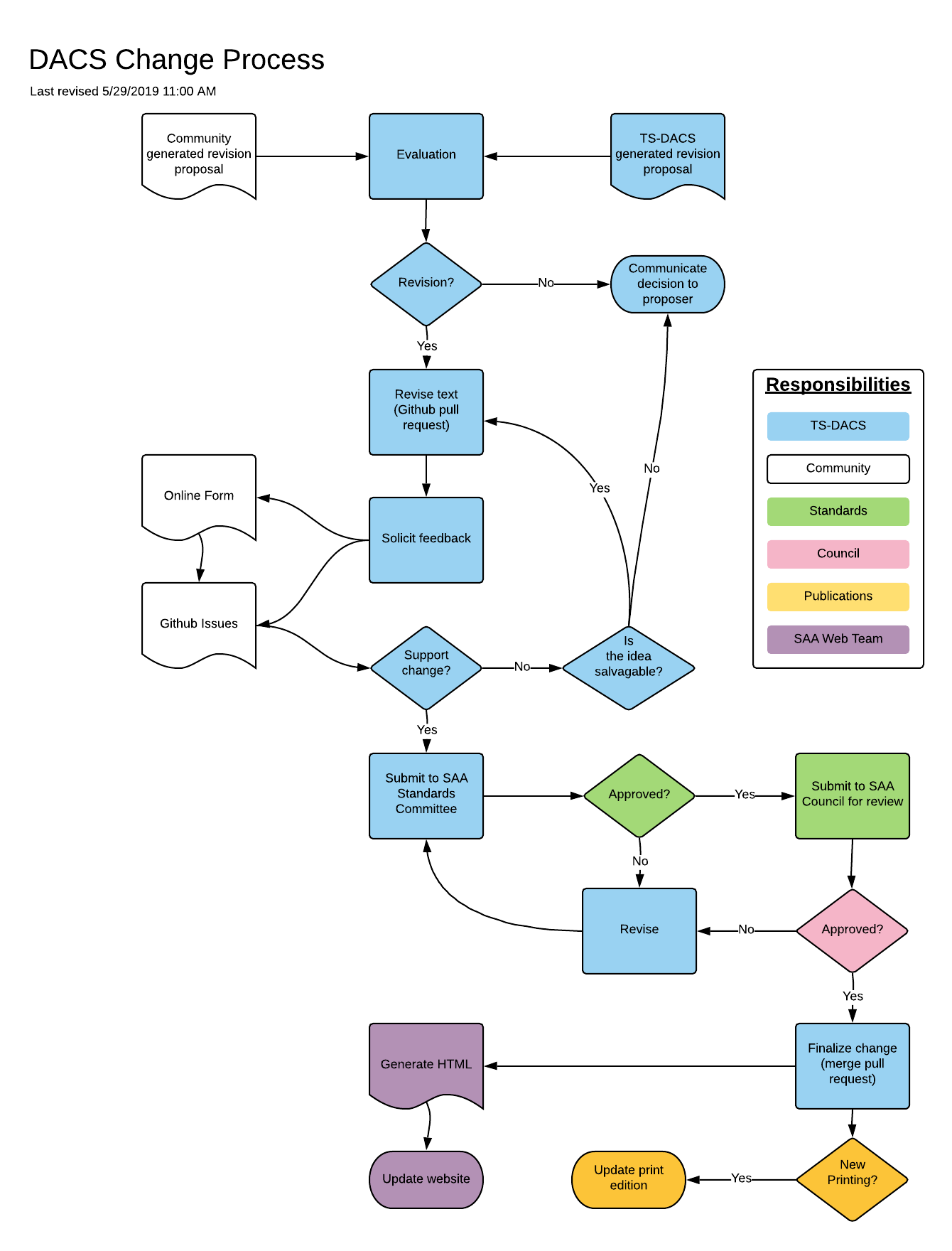 The revision process begins when a formal proposal is submitted to TS-DACS from the community or a TS-DACS member. Proposals should include the following:

TS-DACS began using Github in March 2016 to manage and document the revision process. Revisions are tracked in Github with the following procedure:

Getting started with Github

There are multiple ways you can interact with Github to propose a revision, including using their desktop application or the command line. The instructions below show you how to do it staying in the web interface.

This content is maintained by the Society of American Archivists’ Technical Subcommittee on Describing Archives: A Content Standard (TS-DACS)